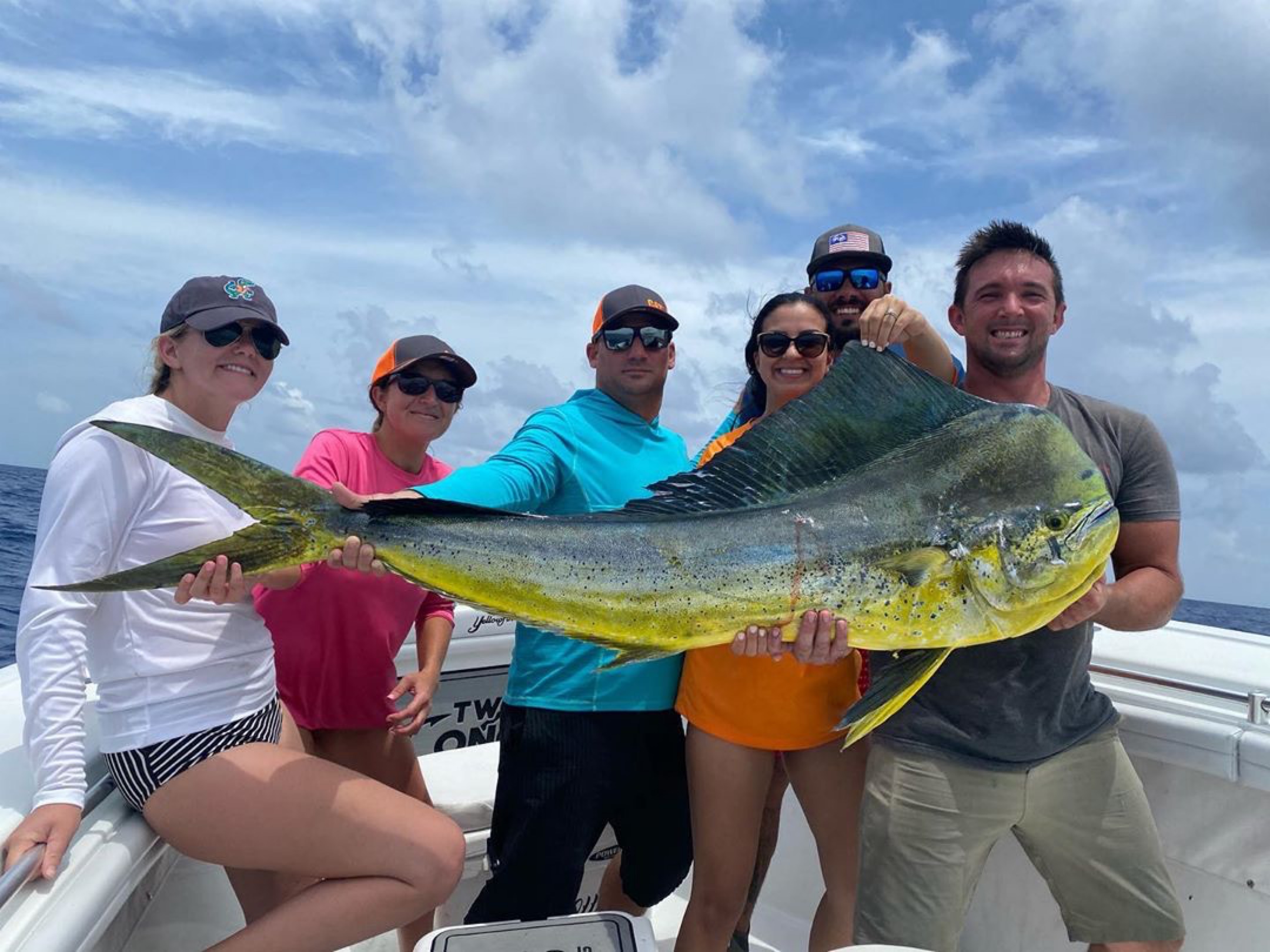 More about the Magical Mahi-Mahi

More about the Magical Mahi-Mahi

One of the most prized fish in the world lives in many places and goes by many names. It is a sought-after menu item, an inspiration for boat brands and worshiped by anglers who immortalize their images in artwork and fashion. The Mahi-Mahi is one of the most recognizable fish, even to non-anglers.

Mahi-Mahi, dolphin, dorado and scientifically known as Coryphaena hippurus, is a ray-finned fish living in offshore temperate, tropical and subtropical waters. Revered, as one of the most highly sought-after game fish, Mahi, as its most often referred to, makes for exquisite table fare as well as a breathtaking wall mount.

Found in the Atlantic, Pacific, and Indian oceans, the Gulf of Mexico and other tropical and subtropical waters around the globe. Most commonly caught off the coasts of Florida, Mexico’s Baja California Peninsula and in Hawaiian waters.

Mahi grow extremely fast! In under three months, a Mahi will grow from an egg to a two to three-pound “peanut.”  After that, they grow to a five to ten-pound “chicken.” As an adult, a Mahi will weigh near or above twenty pounds in about a year. Although Mahi grows at an impressive rate, they only have a life span of four to five years.

Juvenile Mahi typically travels in large schools of similar sized fish. Large adults generally travel around in packs of three, usually a bull and one or two cows. Yes, you read that right, and it’s what you’re thinking. A bull Mahi is a male, and a cow Mahi is a female. Quickly spot the difference by the shape of their heads. The bull has a tall square head, while the cow has a rounded, less pronounced shaped head.

What kind of gear do you need to land this fish? Conventional gear in the twenty to thirty-pound class is ideally suited to take on these pelagic trophies. It’s heavy enough to wrangle a bull but light enough not to deny yourself any acrobatic show that comes with Mahi fishing. For the chickens, you can get away with ten to fifteen-pound spinning gear. For a leader, you’re going to want to use fifty to sixty-pound fluorocarbon or mono when targeting big bulls and cows. Decrease leader strength to twenty-five or thirty-pounds when rigging a spinning reel.

The most common technique used to catch Mahi is trolling. Weedlines, floating debris, surface slicks and offshore color changes are the most targeted features on the water when fishing for Mahi. Drifting live-bait or using cut bait around the mentioned key zones can also be productive. However, the most popular way to rig bait for catching Mahi is a ballywho weightless, with a plastic skirt in front. Rigs like this are dragged behind boats wherever the Mahi are. Sardines, pilchards and various other baitfish, dead or alive, catch their fair share of Mahi. Mahi will also strike at lures. Trolling feathers, jigs, spoons, and top-water plugs are known to best a hungry dorado.

Larger schools of five to ten-pound Mahi can be an opportunity to catch numerous fish if you play your cards right and remember this one simple trick. Mahi refuses to leave a friend behind. When you find a school and start fishing, keep one hooked and in the water. For reasons unknown, the rest of the school will not leave the area, and this allows you a shot at landing multiple fish. You can play a similar trick on larger Mahi.  Repeat success is often high when making a second pass in an area you hooked into a big bull or cow, take advantage of how the fish congregate and travel.